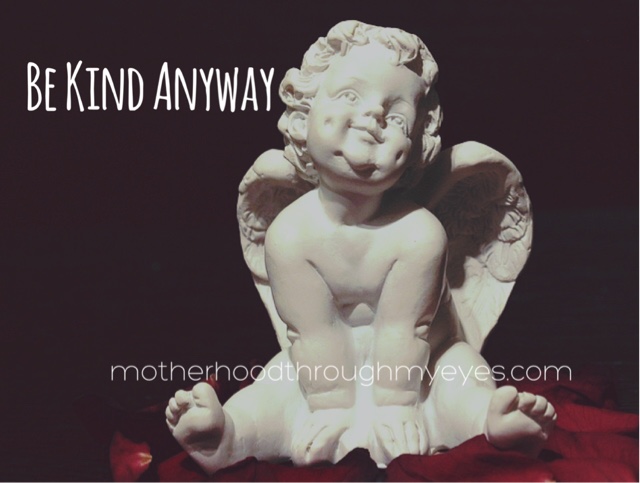 The toughest part about faking a smiling is faking it. And for me, I don’t like to be fake about anything.
Oftentimes you hear people say that it’s best to turn the other cheek or ignore someone.
Personally, turning the other cheek hurts more sometimes.
When you let someone off the hook, or choose to ignore something, you’re allowing the anger to build up. And eventually you’ll explode.
In my 26.5 years of living, I’ve had to ignore a lot and know when to stand up for myself or someone else.
I’ve lost friendships for being honest, but I’ve gained so much more.
And to me, that’s what matters most.
Taking A Different Approach
When I became a mother, I also grew a backbone. Not that I didn’t have one before, but I learned to strengthen it.
The thing about being a mom that makes you a lot tougher is having to deal with criticism.
People are going to criticize you throughout your life, but the day you have to stand up for your family is the day you will have a different kind of respect for those around you and vice versa.
I’ve had to put my foot down with several people in the past. You know, the ones who swear they know what’s best for your kid, yet their kid is running with scissors and hoping to cut everyone in sight.
Okay, I’m exaggerating, but you get that their child isn’t headed down the right path.
But I won’t correct them unless I see them acting out in front of me OR if they try any of their BS on my kids.
This mama don’t play!
Family and friends joke that my toddler is the poster child for what kids should be. And I’m flattered, but like most kids, he has his tantrums.
Jeff and I know how to deal with him when he does act out, and we’re both consistent with how we handle it. You know kids. They love consistency.
Even when we have to deal with someone else’s child, we’re kind about it.
The truth is, it’s not really the kid’s fault. Some don’t get the proper attention at home, and that’s typically when they act out. Of course there are other factors to consider about each child.
Dealing With Rudeness
I’ve mentioned turning the other cheek previously, but it’s important to note when you should stand your ground.
Rudeness is never acceptable, and you should always let that be known — in a nice way.
To help deal with rude comments I do the following:
Refocus the conversation on something else.
Say something funny.
Point out that it’s just part of life.
Bring up the fact that everyone is different.
By simply bringing up the last one you’re not only making it a point to let the know that’s not something you’d like to discuss, but you also tell them a known fact — everyone is different. We all deal with situations differently. We all raise our kids differently, and we think differently.
So when someone tries to bring you or someone you know down, be kind anyway.