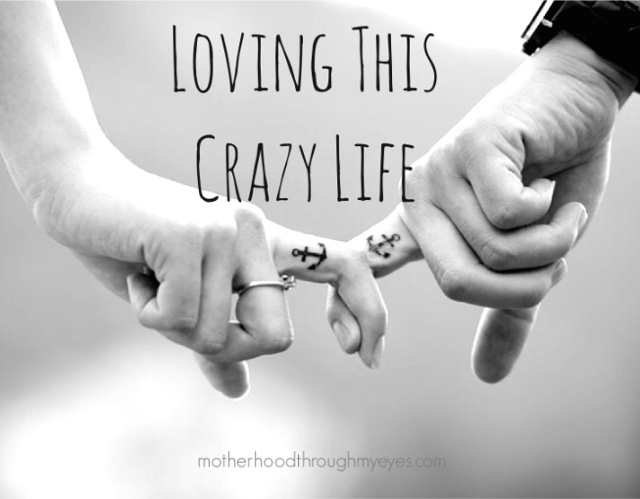 The following post has been scheduled in advance. We are currently awaiting the arrival of our second child and details in this post may or may not be relevant at this time.
I’ve always said that the day I fall in love is the day I fall madly in love. And that’s just what happened.
Jeff and I joke about the time after our second date when Jeff said the words “I love you” and how they rolled out of his tongue.
Of course he didn’t then, and he didn’t mean to say them. But he had been spending so much time with family and friends that week that he said the words he often told them.
And I guess it was somewhat of a hint into the future, too. 😉

Never A Dull Moment
I’ve never been asked why do I love Jeff, I’ve always just known since the day I first told him.
Since the first date I sensed something different in him. He didn’t sugar-coat anything, nor did he try to make me think he was anything but the person he was with me.
Our dates felt more like a friendship. Lots of laughter and random jokes and very random things. I have a sick sense of humor, and for the first time, someone understood I wasn’t being “too much.” I did, however, curse a lot at the time when we met. And secretly, it was because I would often get nervous around him.
Although I curse less these days, we do continue to have a great bond. A bond I didn’t think I’d ever find in someone, but I was glad I have found in him.
Because Of Love
When we finally decided to get married this year it was done on our terms. We didn’t let anyone tell us “it’s time,” nor did we make a big deal out of it. Although, of course, becoming his wife meant a lot to me because it would annoy me when he’d introduce me as his wife and I really wasn’t.
For me, marriage is a one time thing. And if it feels right, then I say go for it. Because after all, you can’t go wrong when there’s love involved.
Are you in love with your crazy life too?